Have you ever had a dream of dead person?

A lot of people who have dreamed about any dead person they’ve known for a long time, and they could be the dreams about a dead mother, a dead child, a dead husband, or anyone else who has just died.

Also, it’s said that seeing dead people in dreams can signify our real attempts when having to deal with the feelings lying deepest within us, and it could be the guilt, anger, and other feelings about death.

What Does It Mean to Dream of a Dead Person? 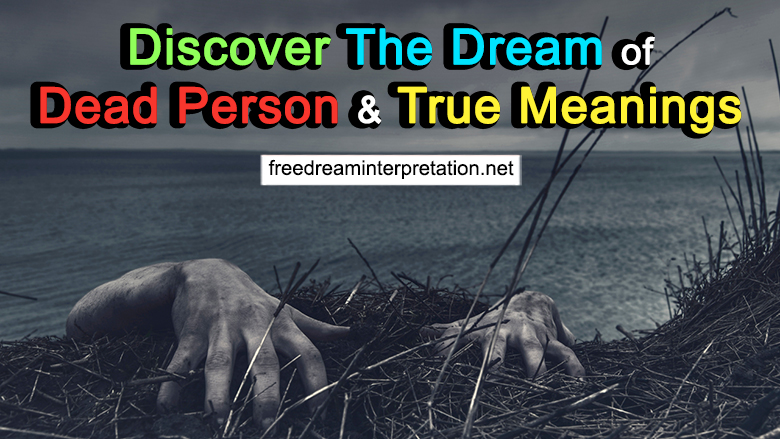 According to some certain resources, dreaming about dead people whom we may not know can deliver one thing only, the transformation.

Good news is that the death you’ve seen in dreams may have nothing to do with the death of someone in your waking life, so just stay calm about it. If this dream tends to recur from time to time, it could mean that the transformation may remarkably affect the mission of yours in reality.

Besides, the signal showing that the so-called transformation referred in dreams can possibly denote some certain events that have not started in real life yet.

Dream meanings about any dead person in which he or she properly came from the past. When dreaming about those people in the past, we start to know that all those previous experiences and lessons still come very actively at the moment.

Dreams about a dead child

Dreaming about a child who has died in dreams can be the most depressing experience for everyone, and it also delivers different meanings for sure.

A woman may see her child jump off the bridge to find the death, so this kind of messages would take place at any time when the child is trying to make the first moves towards independence, but for a mother, it can be her loss of child.

Dreams about a dead loved one

When a wife dreams about her dead husband, there could be some statements by some critics claiming that it’s just a dream of a lonely woman who seems to be relaying all past experiences and memories with him, just for her own comfort.

What’s more interesting here is that the presence of her beloved husband or his aliveness in dreams can be socially shared. This is another reason explaining why we have some people who dream about the same person.

In short, dreams about those dead people can mean that some sorts of your life areas have been informed to be dead, or in need of rest.

When it comes about “death”, it denotes the death of feelings, including the hopelessness, the loss feelings, and other unsatisfying emotions. Those depressed feelings are believed to be caused by any big change in your lifetime.

For instance, you’ve just lost someone or something important to you like a lover, a job, or your child. Another meaning of such dreams would let us know a dead person in a dream can become a certain part of oneself you want to leave behind.

It’s like a life map of a person in which he’s guided to go to the right path leading to success and happiness.

As usual, a detailed Vedic astrological report will be comprised of every position each planet sign has been placed in at the time of birth. The key tendencies of a person’s life will be discovered in all aspects. Its first concentration will be his typical personalities; the next focuses are career, educational matters, health, family, and marriage stuff in turn. It’s a completely adequate analysis of your birth chart when it comes to your Rashi, Lagna, and other heavenly respects.

The guidance you can find in this type of horoscope is the light illuminating every question you have about yourself and the possible results your fate has to bear.

By doing this, a person knows exactly how to capitalize on his advantages to reach his goals as well as find it easier to stay away from any life mishap throughout his lifetime.

From time to time, we at least have some dreams once about death and depressing moments like the death of someone important in our lives.

In such cases, a few people can’t stop worrying about the happenings of the dreams may have any connection with the reality or just be another product of their imagination. In fact, it’s our subconscious minds which decide every image and action to show up in our dreams as a course of inexplicable events.

If the death of someone you know happens naturally, it means that the way of your thinking has changed and become more mature than before. When it’s compelled to happen like this, it’s possible that you have made great efforts to make things change in your own ways.

Dreams about death possibly trigger some considerable changes in our perspectives of life as well. Manage your thinking well to gain good results in daily life.

Why Do You Have Nightmares? 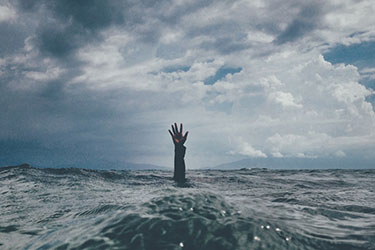 For some researchers, nightmares we’ve mentioned here would be also helpful in a way of helping us to survive more.

Following Barrett, a psychologist working at Harvard University, the nightmares can totally act as one of the most common ways of your own brain, especially in the way of concentrating more on the certain attention of the person as well as the specific issues that he or she needs to solve.

So why do we have nightmares?

Initially speaking, nightmares or bad dreams here can be evolved just to help to make all of us feel highly anxious about, as it comes to the possible dangers. Besides, it’s surely the post-traumatic nightmares here that are so meant to re-traumatize humans. In one way or another, some of them, I mean, the nightmares here are produced for some beneficial purposes.

First, it’s going to be about the warning or advice on you.

In other words, they are released just to call to your or the others’ attention about something else. It can be about how you should do well by concerning more about something.

Once a person is said to be conscious about something, then it’s easier for her to convince her own instincts to pause the thought of wasting time on unnecessary things.

How to Stop Nightmares from Coming so Often?

I know that there are some folks who might try to find some good ways to be totally rescued by the other just to get out of the nightmares as soon as possible. Most of them are stated to be craving for one practical solution, whilst the others might prefer one metaphoric solution which is seemingly more satisfying to them.

As you know, once a person has successfully come up with one preferred ending, then it’s easier for her to rehearse such a thing while wide awake.

Besides, they would remind themselves one thing that they indeed want to have that ending, and the nightmare would ever happen again. Furthermore, analyzing one nightmare is said to be highly helpful to aid a person in viewing any correlation to the daytime worries.

Right before deciding on how to change a nightmare, according to Barret, it’s needed the most to try to decipher the true meanings about the dreams. At times, the act of analyzing the bad dreams here is known to be able to assist a person in viewing its actual relation to the real lifetime.

Is there any additional information that you love to know more about the topic here?

Coby Knox is a dream interpreter trained at ISAPZurich (Switzerland) 2 years ago. Her ultimate goal is to help people from all over the world discover meanings and potential through interpreting their dreams. I’m not considered myself as an expert in this aspect, yet I just try my best in providing accurate meanings so that everyone can follow the guidance in their dreams precisely.

Previous article: How To Stop Nightmares In Toddlers?
Next article: Pregnancy Dreams Interpreted – What Do Dreams about Pregnancy Mean? 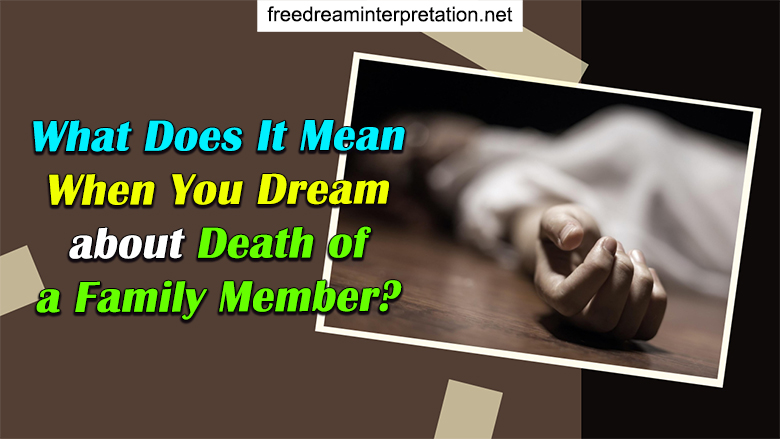 What Does It Mean When You Dream about Death of a Family Member? 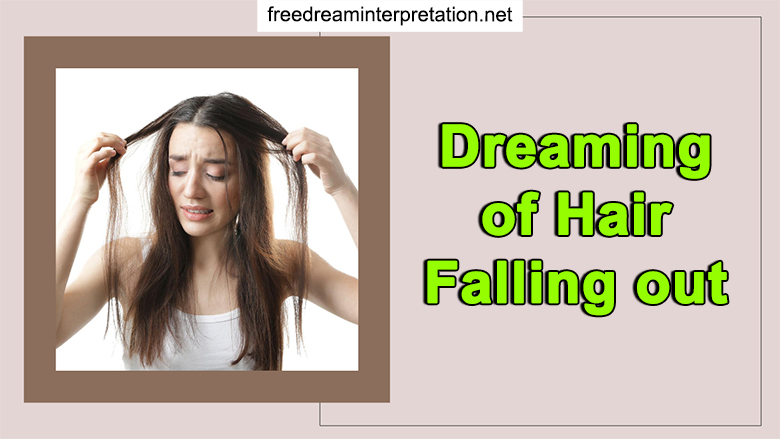 Dreaming of Hair Falling out: Is This a Bad Sign or NOT? 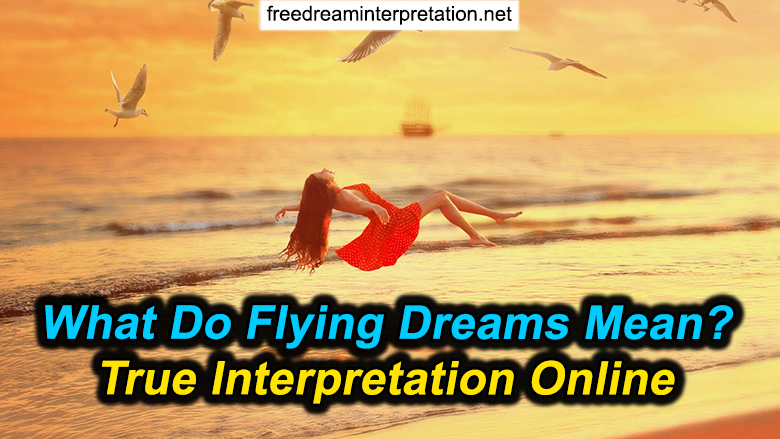 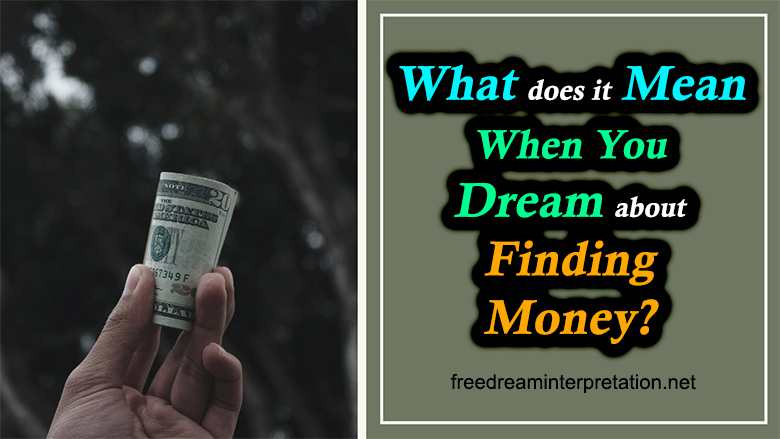 What Does It Mean When You Dream About Finding Money?